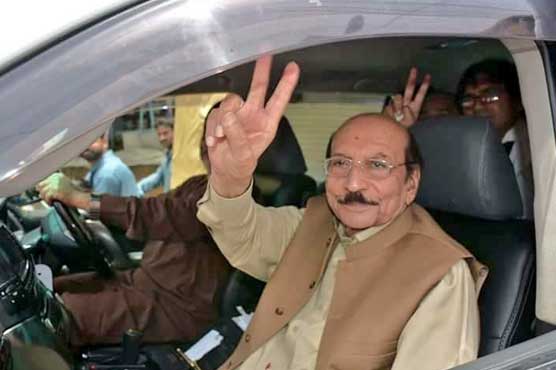 PPP stalwart along with his counsel Farooq H. Naek appeared in the hearing.

Earlier last month, Justice Mohsin Akhter Kyani granted a pre arrest bail to PPP leader and remarked that NAB has registered two cases against you but you are seeking bail for one case only and NAB can arrest you, to which Shah said he needs more to time think about it.

The senior leader of Pakistan People’s Party (PPP) Qaim Ali Shah was then granted bail by the IHC against surety bonds of Rs1 million each in the cases, and directed him to cooperate with the NAB investigation team.

According to the NAB, Shah was accused of failing to protect assets of the Sindh government as a chief minister. The loss was inflicted upon the provincial government by selling the sugar mills for peanuts.

It is worth mentioning here that former chief minister was also named in a report compiled by the joint investigation team tasked to probe the fake accounts case involving PPP chairman Asif Ali Zaradi and others.

Shah was among 172 people named in the report whose names were to be placed on the no-fly list.

Asif Ali Zardari, his sister Faryal Talpur and other accused, including PPP leaders and several businessmen, are facing an inquiry into the money laundering scam involving over Rs35 billion money laundered through fake bank accounts.