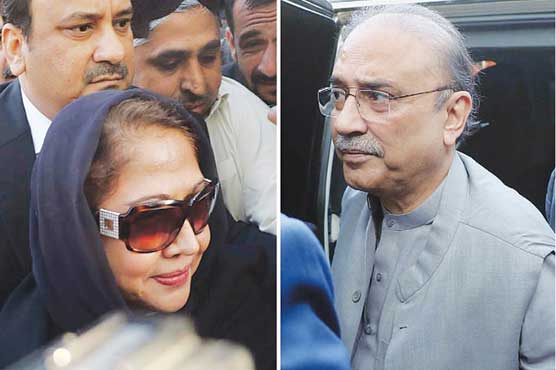 During the hearing, the court rejected exemption plea of Asif Zardari and Faryal Talpur and ordered them to attend all the hearings of the case.
Meanwhile, two women accused have filed a request to become witness in the case over which lawyers of other accused opposed the decision and said that it’s not a stage that you can easily become approvers.

The court has adjourned hearing of the case till April 16.

On the occasion, female party workers clashed with the security personnel after which, they were arrested whereas PPP‘s former general secretary Latif Khosa also got infuriated for stopping to enter the court.

Earlier, in a statement, Asif Zardari had said that I believe in facing the cases with patience. Efforts are being made to implicate us in different cases, he added.

It is to be mentioned here that the case was transferred to accountability court in Islamabad from Karachi’s banking court.