RAWALPINDI – Islamabad United on Saturday set 196-run target for Peshawar Zalmi in the 20th match of the fifth edition of the Pakistan Super League (PSL) at the Rawalpindi Cricket Stadium.

Chasing the target, Peshawar Zalmi managed to score 85/2 in 9 overs when rain interrupted play and the match was temporarily suspended. At that stage, Peshawar were 7 runs ahead of the D/L par score. The match was later called off as the rain continued in Rawalpindi and Peshawar was declared the winner by Duckworth-Lewis method. However, Shadab Khan was awarded Man of the Match for his blistering innings of 77 off 42 balls.

Earlier, the two-time champions scored 195 runs for the loss of five wickets in their quota of 20 overs. 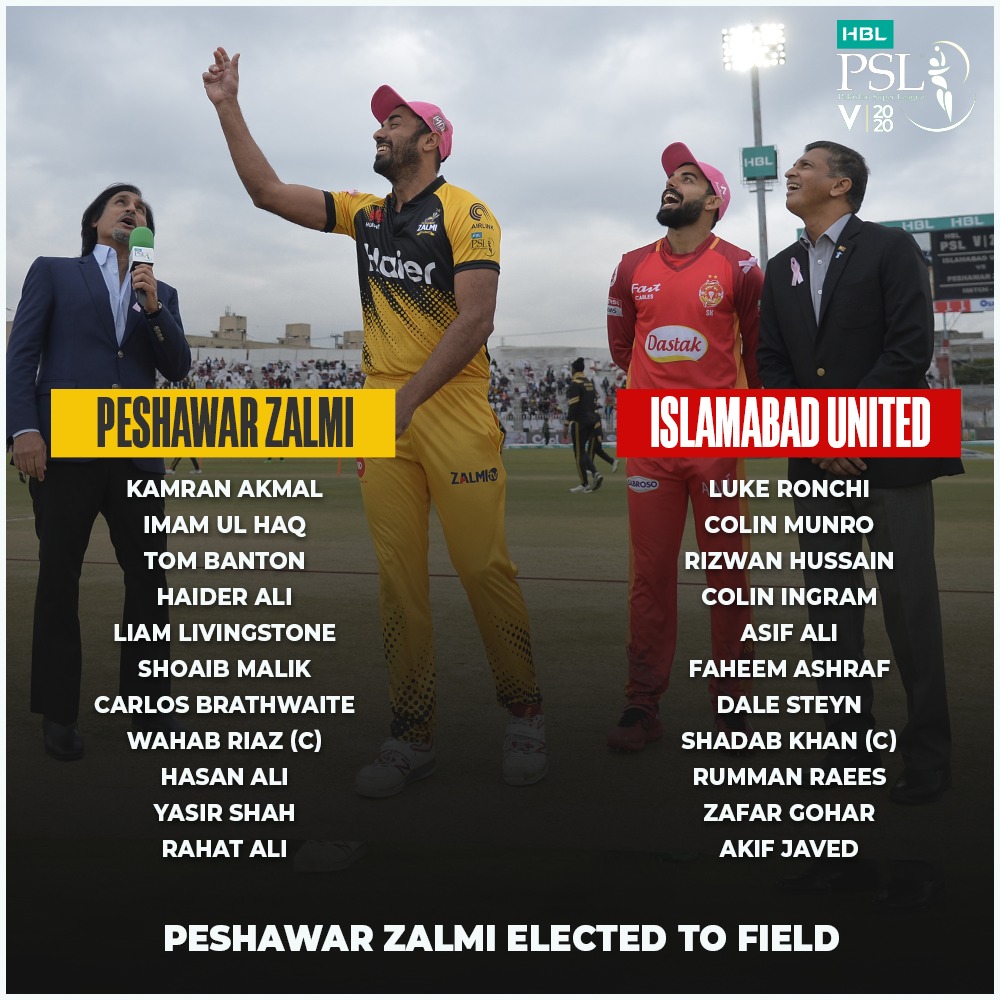 As a part of an initiative to create awareness about breast cancer, the players are donning pink caps. Peshawar Zalmi were accompanied by young girls, wearing pink caps, to their fielding positions.

The Rawalpindi Cricket Stadium has turned pink. The stumps are coated in pink color and messages for the awareness about the disease are displayed on the in-stadia screens. The players, match officials and commentators are wearing pink ribbons.

There is nothing that differentiates between the performance of Islamabad United and Peshawar Zalmi in the ongoing event except the net run rate as both teams have played seven matches so far, won three and lost three.

United are at second place in the points table with better net run rate and Zalmi are at third spot. Both teams share seven points. One game of each team was rained off.

Kieron Pollard ruled out of PSL 2020

Peshawar Zalmi vs Islamabad United match called off due to rain